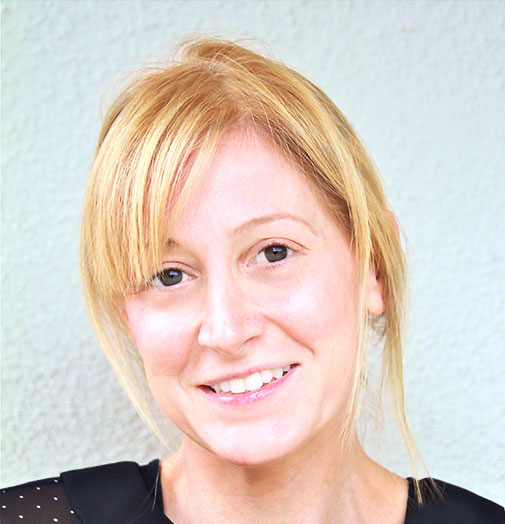 Licensed Marriage and Family Therapist
Psychotherapy in English and French
323.327.3399

Whatever your personal reason for seeking therapy, I am here to facilitate and work alongside you so that you may take charge of your life and the direction you would like to lead it. Therapy can be that guiding light that helps you forge ahead through the darkness, and clarify who you are and how you envision your life. While we can't change difficult situations of the past, we can work together to better understand and resolve challenges in your life. By applying complementary therapy approaches and techniques we will unearth the “things” that seem to be causing you dissatisfaction, grief or hardship, and understand the causes of dissonance in your day-to-day life. This deeper self-exploration or insight can lead to making changes in your life. As we all know, even small changes make huge differences. This work together, will hopefully pave the road to the improvements and the satisfaction you have desired in your life. Therapy can make a difference in the way you live your life for the rest of your life.

I’m glad you’re at my website and that you are taking the time to inform yourself. Getting help can oftentimes seem confusing, and even overwhelming. Finding the right therapist is crucial to your success in therapy, so please do not hesitate to call me with any questions you may feel have not been answered in the following pages.

I approach therapy in a collaborative manner. My belief is that each individual (couple or family) is unique and has their own set of tools, resources and strengths. Therapy is therefore catered to you and your individual needs. An important part of my work as your therapist is to help you gain insight and recognize your strengths in order that you move past the barriers that prevent you from living a fulfilled and happy life. Together, we will discuss your preferred treatment options and the techniques that resonate most. I will also be checking in with you frequently to make sure that you are receiving the kind of support and help you expected.

My desire is to build a trusting environment for you, a place where meaningful conversation and inner exploration, even at times where these can be painful, are met with care, empathy and a feeling of safety. I believe in listening, not judging, and in allowing you to feel heard and understood. I practice with humor and compassion and a genuine respect for my clients’ struggles. There are many personal, valid reasons you may want to enter therapy individually, as a couple or as a family. You may even choose to send a loved one to therapy. In today’s modern times, with the stressors of life, reaching out is a positive and empowering step. Therapy has become a common, healthy way to practice self-care and help deal with life’s demands. People seek therapy to deal with issues, conflicts, and problems associated with a range of topics, view more

Barbara Benoualid is a licensed Marriage and Family Therapist. She grew up in Montréal, Canada and is fluent in French and English. Barbara pursued her studies in Canada, the Middle East, Europe and the United States.

Barbara Benoualid holds a B.A. in Political Science and a Law degree (Juris Doctorate) from Concordia University and Université de Montréal respectively. Barbara does not currently work as a lawyer, nor does she offer any legal advice in any counseling capacity.

Shortly after obtaining her J.D. Barbara left Canada and moved to New York City where she worked in different fields including banking, technology and fashion. Barbara attended the School of Visual Arts, where she took fine art classes and then began her own jewelry design business, while simultaneously attending Pratt Institute and completing the first of a two-year Masters program in Art Therapy. In NYC, Barbara interned at the Mount Sinai Hospital in the Pediatric Hematology/Oncology department where she had individual sessions at bedside and ran group art therapy sessions with in-patient clients.

In 2001, Barbara moved to Los Angeles, California and continued to pursue her studies. She attended the Pasadena School of Design and continued to take art classes. Barbara pursued and graduated with a Masters in Psychology (emphasis in Marriage and family therapy) from Phillips Graduate Institute. She graduated with honors and was a member of the select few in the Alpha Beta Chapter of Alpha Epsilon Lambda, Academic Honor Society. Barbara, extended her Masters degree and obtained a specialization in Child Therapy in a school setting.

Her Clinical training years were spent at CALFAM, San Fernando Counseling Center and the Center for Individual and Family Counseling. Barbara Benoualid has extensive experience working with individuals who have suffered trauma and/or difficult childhoods and continue to experience the effects of these traumas in their adulthood. She also works closely with individuals who need support as they undergo different life transitions.

Moreover she has worked for many years helping children and their families in both clinical and school- based settings. In the school settings she facilitated groups and saw individual clients on school grounds, she attended SST’s, IEP’s and collaborated with any and all adjunct staff, including psychologists, OT’s, shadows, and parents. Barbara teaches parenting classes using the Systematic Training for Effective Parenting model. These classes attract both court-mandated parents along with non-mandated parents, both hoping to learn new tools, methods, and strategies in dealing with their parenting struggles and issues.

Barbara is currently trained in the Gottman Method of couple’s counseling- Level 1 and continues to pursue further training. She currently maintains a private practice in North Hollywood, CA.

Life can become extremely challenging at times. People often seek psychotherapy when they want relief from feelings that are causing emotional distress. They may also want to cope with the stress that impacts their normal sense of well being. Others, come seeking personal growth or to address deeper unresolved issues that impact them, making it difficult to have positive interpersonal relationships. Here are some reasons clients chose to come see me;

My sessions run for 50 minutes once a week, or more frequently depending on your needs and what is best for your individual case. The fee will be discussed prior to the commencement of therapy and will then be exchanged before each session begins.
Cash, checks and some major credit cards are accepted for payment.

Certain health insurance policies or employee benefit plans may provide coverage for “out of network” mental health treatment, others may not. Some may  have a deductible that must be met before the insurance benefit begins, others may not. My services are provided and charged to you, not to your insurance company, so you  are responsible for payment for each session at the time it is held. I am always willing to supply you with a Superbill, which you may submit to your healthcare provider if necessary. Please check your coverage carefully by asking the following questions:

Do I have mental health insurance benefits?

What is my deductible and has it been met?

How many sessions per year does my health insurance cover?

What is the coverage amount per therapy session?

Is approval required from my primary care physician?

Let's Get in Touch

Any email transaction is not guaranteed privacy-security.
All emails will be replied within 48 hours.
If you have a emergency, please call 911 or go to your nearest emergency room.